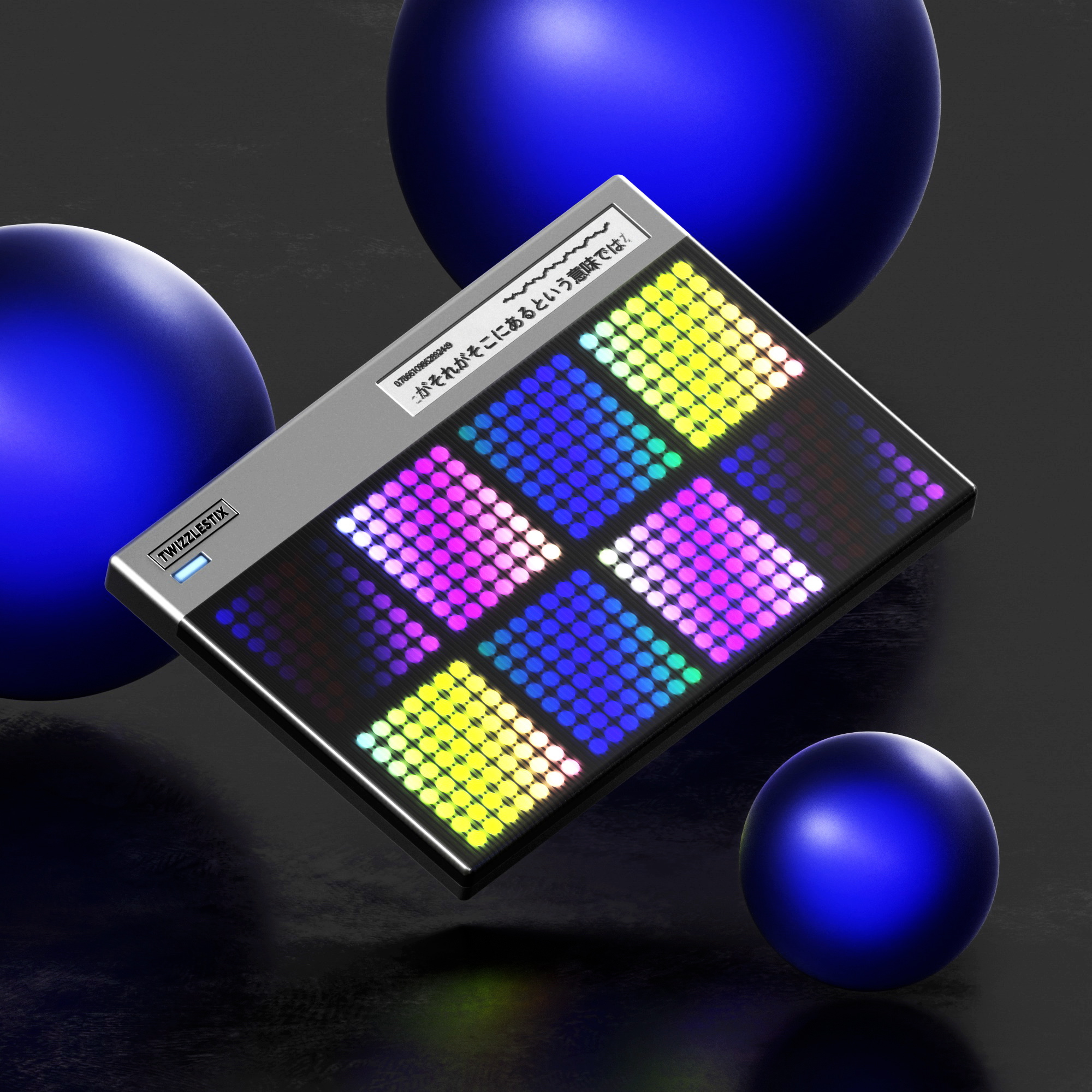 Tyler Arden Weitz is a multi-disciplinary artist, designer and art director based in Los Angeles, California. Originally coming from an animation/video background, he has leveraged his principles of motion and visual communication to branch into web experiences, interactive/future technology and print design.

Currently involved in a 6+ year art project (under the Instagram moniker TWIZZLESTIX) where he’s created and produced over 700 pieces of art and animation, Tyler has found opportunities to collaborate with companies such as Dom Pérignon, Ticketmaster, Comedy Central, Live Nation, The Hollywood Bowl, Sofar Sounds, and many more.

TWIZZLESTIX art can often be described as “retro tech, vaporwave nostalgia.” Growing up in the early days of Myspace, MIDI, Windows95, and Nintendo64, his passion and curiosity for early 2000’s technology is apparent and prominent in his work.

“Just 'cause you feel it doesn't mean it's there.

My exclusive NFT Playback is an homage to the mystery of the real world and the space in between: The reification of what exists and what seems to exist.

I introduce the use of technological gadgets to convey a purpose within the art; PLAYBACK challenges the viewer to look at the art inside the art, the idea that technology can evolve onto itself and the digital world is forever expanding. This piece invites you to determine what’s real, what's fiction, or to simply abandon the point of contention.”

Discover his NFT - Visit his profile