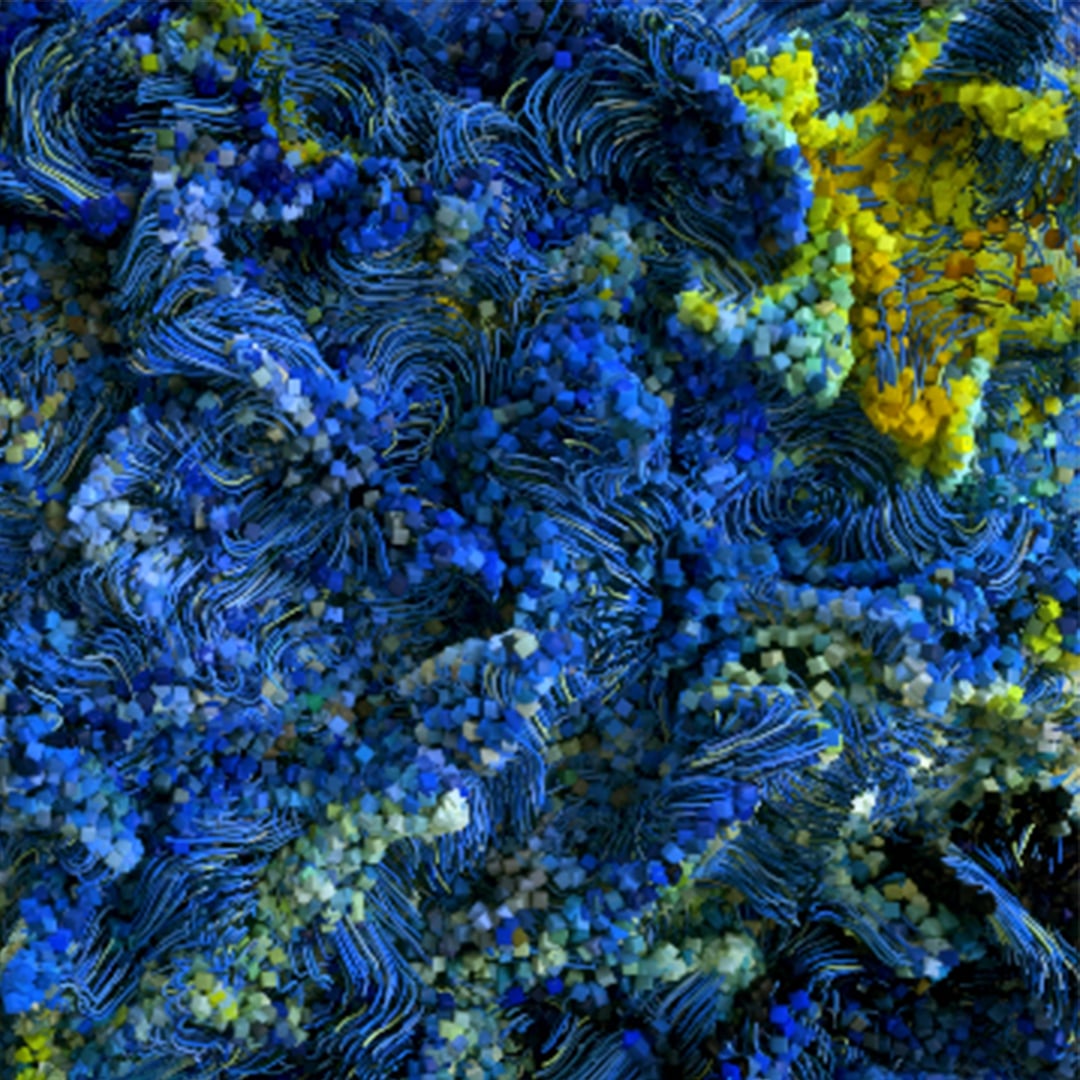 "Physicist Werner Heisenberg says : "When I meet God, I will ask him two questions : -why relativity ? and why turbulence? -I really believe he will have an answer for the first one."

In 2004, the Hubble telescope captured an image of an expanding halo of light around the star V838 Monocerotis, which a NASA press release described as the Universe’s version of Van Gogh’s painting.

Then in 2008, Jose Luis Aragón from the National Autonomous University of Mexico and colleagues found hints of turbulence in The Starry Night as well as other paintings by the same artist, including Road with Cypress and Star and Wheatfield with Crows, with its ominous stormy backdrop.

In this study, the visual structure created by 3D data particles and the path lines they follow, using the colors, rotating brush strokes and similar turbulence effects in Van Gogh's Starry Night work in 1889, that I interpreted.

In Starry Night, Van Gogh painted the view from his mental hospital window just before sunrise in June 1889. During the most turbulent period of his life, his works reflected the turbulent flows of nature.”

Discover his NFT - Visit his profile